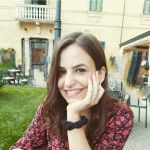 How did you say it? The power of language as a social cue

The identity of the interlocutor is an essential cue for successful communication. A sentence like ‘I have a large tattoo on my back’ could be considered a credible statement if made by an adult but an ironic statement if made by a child. External cues, such as age, race, or gender, are considered fundamental for social categorization, influencing the way we perceive the members of that group and their communications.

In my PhD project I’m focusing on another cue that has received less attention. This is the case for the language (or accent) used by the interlocutor, which provides a huge amount of social information to the listener. I’m exploring two different aspects. The first concerns the analysis of the power of language as a cue for social categorization, using different bilingual communities and different paradigms. The second aspect refers to the consequences of the categorization based on language on message evaluation and on lower-level cognitive processes, such as visual attention. Specifically, I’m investigating whether the inferences that the listener makes about his interlocutor according to the language he/she speaks modulate message evaluation and their gaze-cueing orienting.

Dimensions of social categorization: Inside the role of language Journal Article

Seeing objects triggers activation of motor areas. The implications of this motor activation in tasks that do not require object-use is still a matter of debate in cognitive sciences. Here we test whether motor activation percolates into the linguistic system by exploring the effect of object manipulability in a speech production task. Italian native speakers name the set of photographs provided by Guérard, Lagacè and Brodeur (Beh Res Meth, 2015). Photographs varied on four motor dimensions concerning on how easily the represented objects can be grasped, moved, or pantomimed, and the number of actions that can be performed with them. The results show classical psycholinguistic phenomena such as the effect of age of acquisition and name agreement in naming latencies. Critically, linear mixed-effects models show an effect of three motor predictors over and above the psycholinguistic effects (replicating, in part, previous findings, Guérard et al., 2015). Further research is needed to address how, and at which level, the manipulability effect emerges in the course of word production.

What can Written-Words Tell us About Lexical Retrieval in Speech Production? Journal Article

Does this sentence make sense? It depends on who said it! Conference

The role of linguistic speaker identity on language credibility: Evidence from a written modality paradigm. Conference