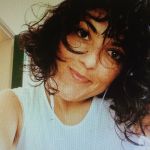 Sorry, no publications matched your criteria.

Out of sight out of mind: Perceived physical distance between the observer and someone in pain shapes observer’s neural empathic reactions Journal Article

In: Submitted to Frontiers in psychology, 2017.

Speaking other’s language makes us closer: The case of empathy towards unintelligible others’ pain Journal Article

The empathic value of emotional prosody: does the way you express feelings shape both neural empathic reactions triggered by concomitant facial expressions and language content? An ERP study. Conference